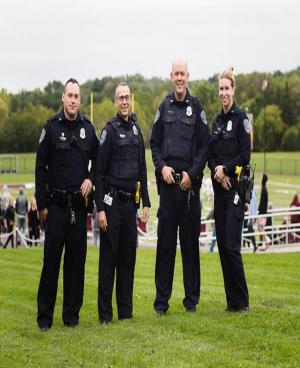 The School Resource Officer program began in September 2000 as a way to combat the increasing number of criminal and behavioral problems within our schools. School Resource Officer Programs are not unique to this area. These programs are being started throughout the country as a proactive way by law enforcement and school administrators of addressing a wide variety of issues in our schools. School Resource Officers are police officers who engage in school-based community-oriented policing that prevents violent, criminal and delinquent behavior in and around campuses. The officers are trained to identify children who have problems at home, school and with inter-personal relationships and to mentor them. The S.R.O’s are present in the schools as positive role models who promote a safe school environment. In light of recent world events, SRO’s have increased their awareness, training and ideas even more, and are always looking for new ways to improve the program.

Our program was initially funded by a “Cops in Schools” grant that was secured through the United States Department of Justice. Six officers of the Auburn Police Department were placed in the eight schools in the Auburn Enlarged City School District. In 2004 the funding from the grant for the program had run out. By this time our program was gaining nationwide recognition for its effectiveness and everyone involved realized that the program was too valuable to end. The city and the school district struggled with who would fund the program. In 2004 the City of Auburn funded the program in its entirety. By 2005 the school district realized that the city could not continue to fund the program on its own and agreed to share the cost. That agreement still exists today. The only way for the program to continue to be successful is through a collaborative effort between the City of Auburn and the Auburn Enlarged City School District.

Currently, there are four police officers assigned to the seven schools within the district. Our goal is to provide a community law enforcement resource for the students, parents and staff of the Auburn Enlarged City School District while engaging in activities that promote safety, security and well-being of students and staff. 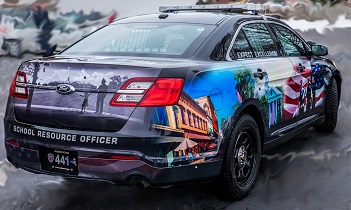