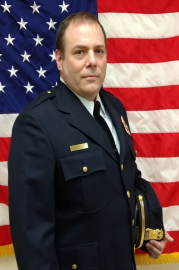 Captain Platt is a lifelong resident of Cayuga County and graduated from Moravia Central School, was a member of the US Army Reserves, has an A.A.S. in Construction and an A.A.S. in Criminal Justice from Tompkins Cortland Community College, and has some additional studies with SUNY Empire State College. He began his career with the patrol division in 1998 and throughout his career has attended numerous trainings and been part of numerous details within the agency.  Capt. Platt was instrumental in the department’s Commercial Motor Vehicle Unit and was a past member of the Emergency Response Team. He also is currently a member of the Accident Reconstruction Unit and oversees same.From 2008 until 2012 Capt. Platt held the position of Detective where he investigated numerous incidents such as child abuse, burglaries, larcenies, sex offenses, homicides, suicides, etc. In 2012 he was promoted to the rank of Sergeant and was assigned back to the Patrol Division. In 2014 Capt. Platt was promoted to the rank of Lieutenant where he was the Shift Commander of the Midnight Shift and then more recently from the Shift Commander of the Afternoon Shift (4-12). On June 25, 2020 Capt. Platt was promoted to his current rank where he took over command and operation of the Detective Bureau and Identification Bureau where he continues to bring his vast experience, knowledge, and insight in guiding and assisting those under his command in their investigations. 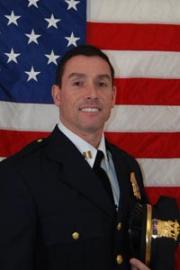 Captain Schattinger is a lifelong resident of Auburn NY. He graduated from Auburn High School in 1987 and went on to study Criminal Justice for two years at Cayuga Community College. Captain Schattinger started his career with the Auburn Police Department as a Patrolman in 1998. He was promoted to Patrol Sergeant in 2010, and four years later in  2014, was promoted to Captain. From 2014-2017 Captain Schattinger supervised the Detective Bureau. In early 2017 he returned to the patrol division and has held the rank of Patrol Captain ever since. He is the immediate commander of the patrol division and direct supervisor of patrol lieutenants and sergeants. He assists the Chief of Police and Deputy Chief of Police with the development of administrative policy and is responsible for the enforcement of all departmental orders, rules and regulations. He develops “plans of action” for non-routine police calls for service and directs the patrol division in its daily activities. He also recommends remedial or disciplinary action, and recommends subjects and areas which need to be addressed. 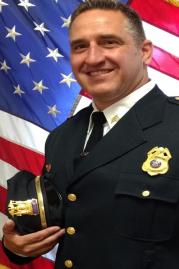 Sergeant Spingler is a lifelong resident of Weedsport, NY.  After graduating from Weedsport Central School in 1995, Sergeant Spingler attended Canisius College and graduated Cum Laude in 1999 with a bachelor’s degree in Sociology/ Anthropology and Criminal Justice.  Sergeant Spingler began his career with the Auburn Police Department in 2004 as a patrol officer.  He currently is a member of the Emergency Response Team and has served as part of the Commercial Motor Vehicle Unit.  Sergeant Spingler was promoted in 2012 to Patrol Sergeant, and in December of 2012 he took over as the Officer In Charge of the Finger Lakes Drug Task Force.  In July 2021 Sergeant Spingler took over the Office of Training and Planning.  Through analysis, observation and recommendations, he identifies areas in which training is needed, and develops a comprehensive and cost-effective plan to achieve these needs. He is also in charge of reviewing and modernizing departmental plans, policies and procedures. He coordinates the field training program that is required of all police officer candidates prior to graduation from the police academy, and manages the department’s criminal justice internship program.